For the Fun of It

Written by Christi Herrington. Posted on January 1, 2023 in Community & Culture

Walk down any of the most iconic streets in Austin, Texas, and you will notice the fun, vibrant, one-of-a-kind art installations by Texarkana native Will Bryant. His canvases include everything from a four-story parking garage on South Congress to apparel collections for some of the most popular cycling communities in Texas.

Even more of his art can be found in advertising campaigns, offices, and storefronts for world-famous brands like Adidas, Nike, Lululemon, Facebook, Nickelodeon, Southwest Airlines, Fiat, New York Times, Portland Institute of Contemporary Art, Wieden+Kennedy, and Target—just to name a few. It also appears in unexpected places like on pickleball paddles, record sleeves, furniture, snowboards, and even underwear.

As a professional artist, designer, and illustrator based in Austin, Will is one of the most well-known and highly respected creatives of his kind. His unique atheistic is bold, cheerful, and full of colors, with a strong 90s influence.

Of all his amazing work, Will says one of his favorite campaigns was for Michaels. This campaign allowed his daughter, Polly, to participate, making her a literal part of his work. The Michaels project captured his daughter at a beautiful age and will always be close to his heart.

These days, it is common to find Polly, who is now eight, in his studio, hanging out and even helping him select colors for new designs. Will also has a precious three-year-old son, James, who loves visiting his studio, and currently believes his dad “invented the smiley face.”

Married to his longtime love, Sally, also from Texarkana, Will considers his family to be the top priority of his life. With his parents close by for support, they are a tight-knit group, and Will loves watching the world through his children’s eyes. He is honored that his family members have always been his biggest fans and greatest support.

Will was born in Murfreesboro, Tennessee; he moved to Texarkana with his parents, Dorene and Steve Bryant, when his dad was relocated for work. For him, growing up in Texarkana felt safe, as he was supported by a strong community network. Making friends and learning from the upstanding adults in his life taught Will many of the most important lessons he leans on today as a professional creative and business owner.

Will played multiple sports and participated in various clubs and activities while in Texarkana. Things like Boy Scouts and Pleasant Grove Youth Association basketball taught him the importance of a strong work ethic. Sports also taught him extreme attention to detail and that a person always has to challenge and push themselves to break through to the next level. His artistic career requires a certain type of discipline, so he has always been grateful for his upbringing in Texarkana. His coaches and teachers instilled that discipline in him from a young age, and he will never forget those lessons.

Going to high school at Pleasant Grove (PG), Will remembers his first real creative outlet being a t-shirt company he created with a friend, Lance Russell. The two would use fabric blow-pens to create each element and spend hours making just one shirt. It was very inefficient. At PG, Will was part of the yearbook and newspaper teams and took two art classes. However, it did not register in his mind then that those creative outlets sparked an interest in what would eventually become his career.

Thanks to family roots, and a desire to be near his grandparents, Will went to Mississippi State for his undergraduate degree. At first, he planned to major in business and figure out a way to implement his love for design down the road. He knew he enjoyed experimenting with Photoshop, but his full passion for art was still lurking under the surface. During business school orientation, he discovered the number of math classes required for the degree, which made him panic. Almost instinctually, he walked into the art building just to “check it out.” When he stepped into the building, he immediately knew that was where he wanted to be. There was paint on the floor, posters everywhere, and a unique energy in the air that suddenly jumped out and grabbed him. When he realized you could not minor in graphic design, he took the plunge and went all in.

During this time, Will’s interest in music also began to collide with his love for design. He started creating merchandise and album art for a band from Texarkana called Pilotdrift and The Polyphonic Spree. He was inspired to do more from there. Wanting to connect things he loved, Will began reaching out to different bands through Myspace to see if he could create art for them, and the connections spiraled out from there.

One day, while hanging out in the art offices, talking and making new friends, Kate Bingaman-Burt walked in. Will was immediately stopped by her presence. Eventually, Kate and her husband took Will under their wing, and Kate became Will’s mentor. He interned for the couple, and during that time, he realized visual art was a real way to make a living. Will says he will always credit Kate for fanning that flame in his heart for an art career.

After he completed his undergraduate work, Will and Sally moved to Austin to try to make it in the popular, growing city. Back then, he had positioned himself as an illustrator, but there was not really a place for him in that market with a full-time job. He interviewed at a few advertising agencies, but it was not the right fit. Sally, who is extremely smart and immediately established a strong career, supported and encouraged Will while he freelanced and explored his passions.

After initially spending three years in Austin, the couple made an enormous leap and moved to Portland, Oregon, where Will could teach while earning a Master of Fine Arts in Contemporary Art Practice from Portland State University. It was in Portland where Will’s outstanding style further evolved.

Digging into what he loved as a kid, Will let his personality shine. His inspiration came from unlikely places like the 90s show Pee-wee’s Playhouse. Loud clashing patterns as a backdrop to over-the-top puppets, bright colors, and some basic elements of fun and exuberance always spoke to Will. As he refined his style, things that were popular during his high school days continued to motivate his work. Charlotte Hornets Starter Jackets, with colliding purple and teal, bowling alley floors with unmistakable patterns… these were all things that were rooted in nostalgia and could transport people to a different time and place, and they were all becoming part of his signature look and feel.

Unexpectedly, phrases and language-based art emerged in his work as well. These phrases carried a lot of meaning and exposed Will’s playful personality. He turned words like, “Sure, I like fun!” into art as a deadpan way to communicate that he did not want to take himself too seriously. Even today, his message remains; “If it isn’t fun, it isn’t worth it.” Being present and enjoying what you are doing is what it has always been about for Will.

From Portland, with a growing family and a style all his own, Will and Sally returned to Austin to put their official stamp on the town. Today, as a visual icon in one of the world’s most famous cities for art and culture, Will is incredibly humbled by all he has created. “Austin had a strong identity well before I was even alive. So, to come in now and personally get to contribute to that visual identity… it’s actually a lot of responsibility and a tremendous honor.”

Will considers his work “approachable and adaptable” for new brands that come into town and want to make a splash, but he also feels his art is diverse enough now for that to work for everyone. As things grow and develop, he is grateful to use his platform to give emerging and underrepresented artists an opportunity to contribute to the evolving scene.

Currently, Will does a large amount of pro bono work and donates many pieces to various fundraisers. He is also on the board at SAGE (Supporting Artistic Growth and Entrepreneurship) Studio, a studio and gallery for artists with disabilities. Will has been a guest speaker, giving lectures and meetings of all types, including South by Southwest (SXSW), the world-renowned stage for creativity and out-of-the-box thinking.

For aspiring artists, Will always recommends “find your people” first. He believes you must connect with others and be an advocate for yourself. That part came naturally to him, but it can be difficult for some creatives. Social skills, the ability to look someone in the eye, and even just writing a good email are all very important. If you have a passion, fuel it. There are always workarounds and new approaches. Above all, Will says, “Feel free to make mistakes. In the end, it’s the mistakes that make us real.”

To read more about Will, check out “TXK Roots.” 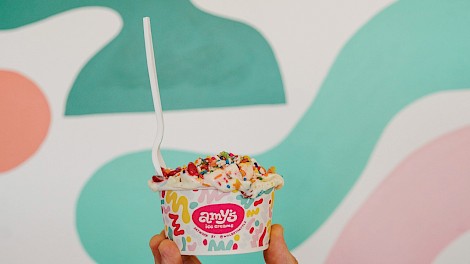 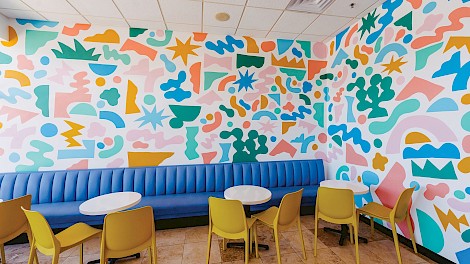 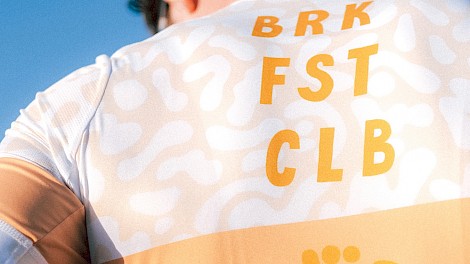 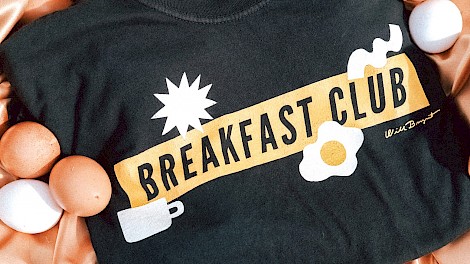 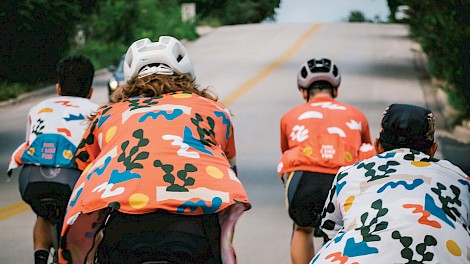 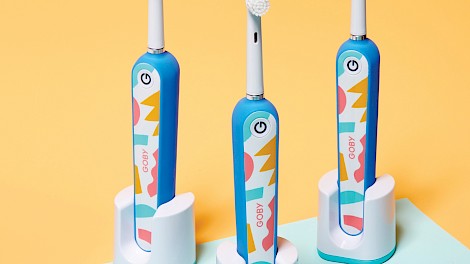 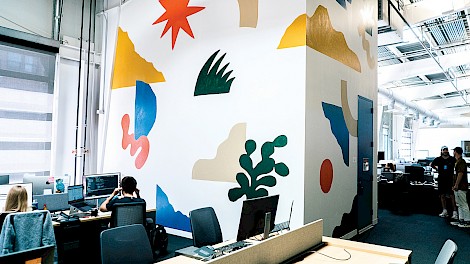 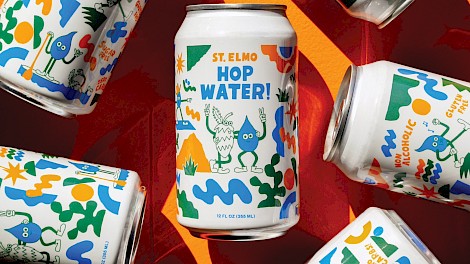