Written by Kara Humphrey. Posted on January 31, 2022 in Sports & Entertainment

Stepping out of the small town of Atlanta, Texas, into the bright spotlight of the University of Kentucky’s basketball courts, freshman Daimion Collins is finding his stride and making his mark.

Collins is a quick, mobile, agile and springy post player who flashes truly elite upside…
He is a super long player with a reported 7'5'' wingspan (and it shows). He’s also a quick twitch athlete who is fluid in his movements, has elite first and second jump and is simply a far superior athlete than any other player on the court.
He’s got a nice back to the basket game and can score over either shoulder. He shows a promising turn around jumper and range out to three, plus a very soft touch. He’s got a natural shooting motion and projects as a three-point threat in the league.
Defensively Collins is clearly the best shot blocker in his class, thanks in part to his quick leaping ability and excellent timing and instincts. His quickness of his feet and his freaky length are just devastating, and he’s a highlight reel on the defensive end.
He’s got a lot of agility and lateral quickness allowing him to stay in front of ball handlers and he can switch onto wings and guard in space when needed.
He’s not yet a household name, but you should buy stock now. The skies the limit. 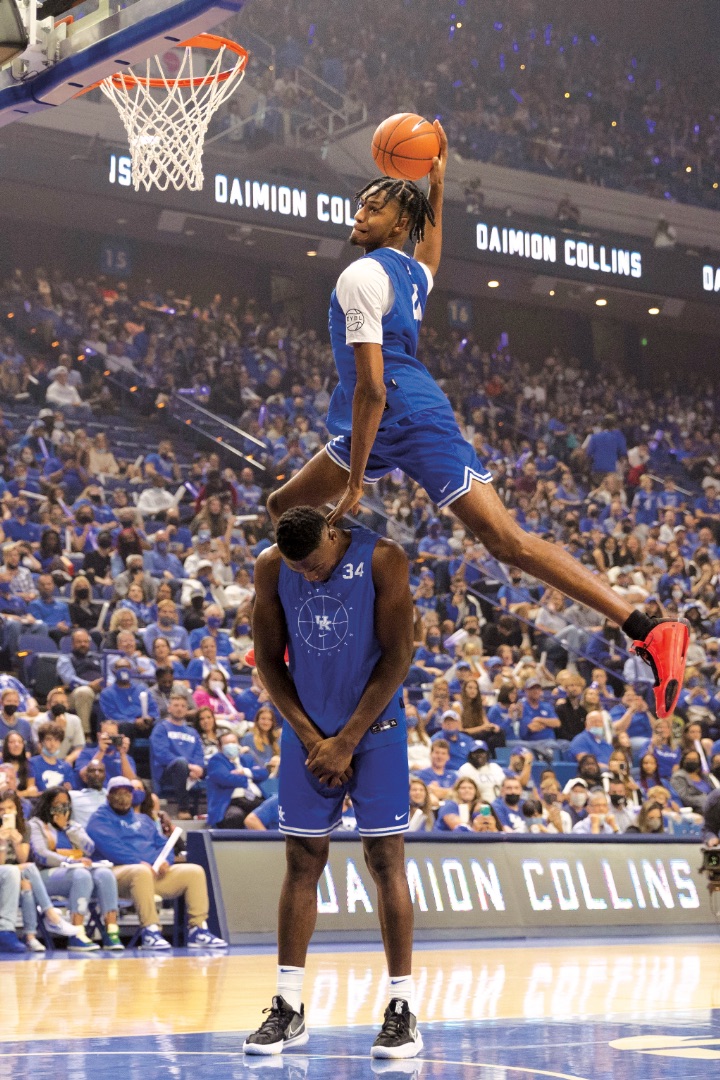 You would think that says it all, but Collins’ mother, Kimberly Collins, says there is so much more to her talented son. “You can ask anyone who really knows him, and they will all tell you the same thing. This kid is very humble and is always putting others before himself.” It is that humility and his strength of character that truly make him the exceptional player he is. “He has never been one to get all caught up in the fame, ranking and offers. He is a very coachable team player. Daimion loves the game of basketball,” she said.

Collins, whose parents are Kimberly and Benjamin Collins Jr. has four siblings and grew up in Atlanta. From an early age, he caught the basketball bug. “I started playing basketball when I was about ten years old. My first coach was my daddy. He coached me for a year and then I started playing for Coach Chris Arnold with the Fresh Start Ballers.” In becoming an athlete, Collins has learned a lot about himself. “It teaches you how to interact and trust people you don’t know. It has taught me responsibility,” he said. It is his parents and all the coaches he has had along the way that Collins credits with his success, but his father, Ben Collins, who was a successful high school athlete himself, is his true role model. “My Pops pushes me to be the best that I can be,” he said.

In his senior year at Atlanta High School, Collins averaged 35.2 points, 14.4 rebounds, 7 assists and 6.2 blocks per game. Jarrod Boston is Atlanta’s Head Basketball Coach and had the pleasure of working with Collins during his time with the Rabbits. “Daimion has unreal physical abilities. He moves like a guard but is 6'9''. He has incredible jumping ability, and his wingspan is 7'5'' so he can block shots out of his area. His best basketball, I believe, is ahead of him. He is just chock-full of raw potential!” said Coach Boston. “He grew into a really good leader for us during his four years on the varsity team. He had some great leaders his freshman and sophomore years that taught him how to lead. He leads in a quiet way, as he is more of a ‘do what I do’ leader than he is telling people what to do.” Collins led the Rabbits to a 19-5 record in the 2021 season. He led the team to three undefeated district seasons and was the three-time district Most Valuable Player. “He ended his high school career as a McDonald’s High School All American, MaxPreps Player of the Year in the State of Texas and named to the Iverson Classic team among many other honors,” said Morgan Smith of Texarkana Gameday. 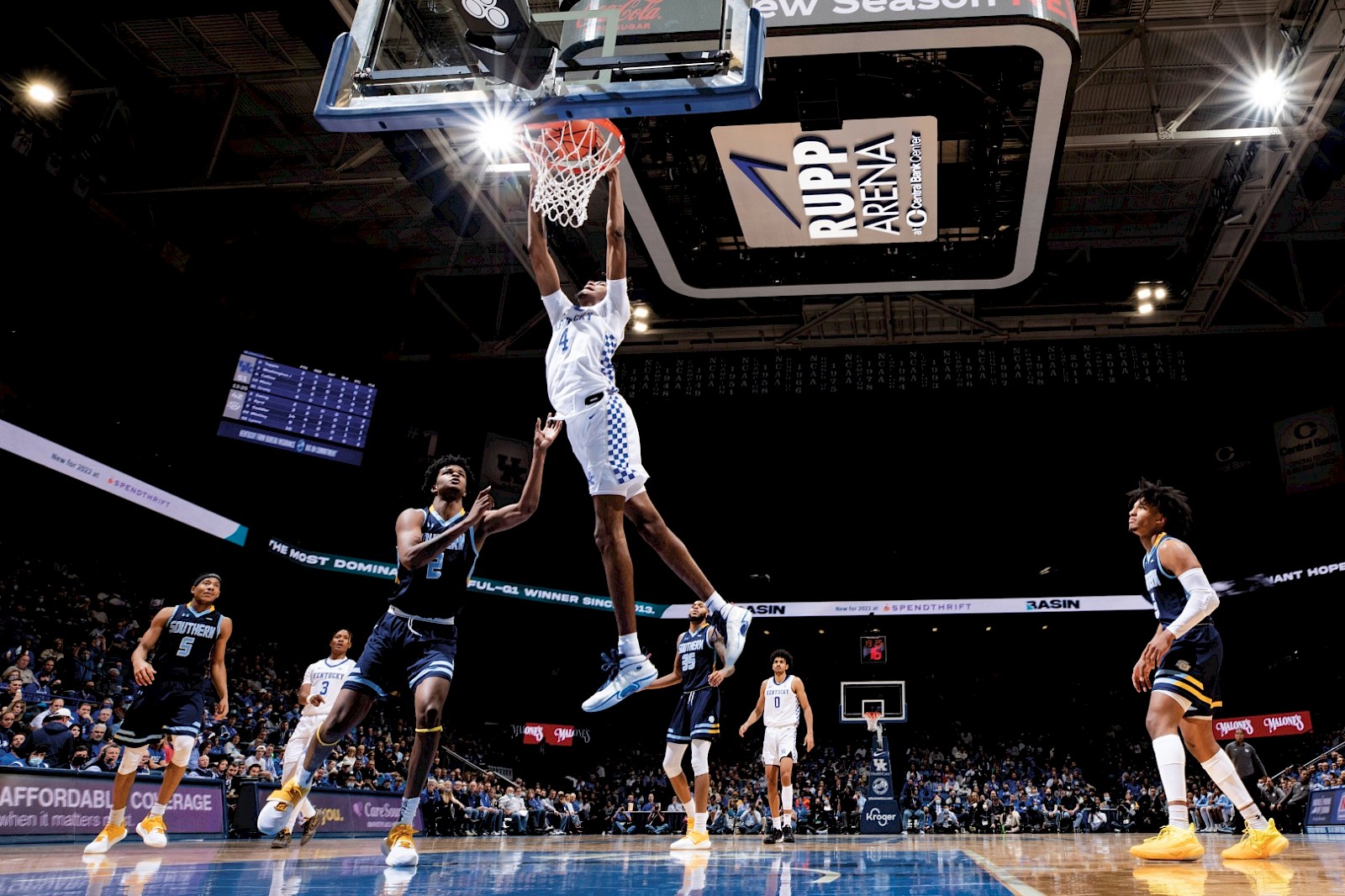 “Daimion Collins is the best basketball player to ever come out of East Texas. I say that with respect to past players, but none have accomplished what Daimion has,” said Smith. “I can still remember the first time I saw Daimion play in 2019. I had never seen a high school player that could jump as high as he could. Every time I have ever seen him play, it was standing room only. Following Daimion’s career has truly been one of the most exciting things I’ve done since starting Gameday. You want to see all kids succeed and go live their dream. Daimion is definitely doing that.

My son and I traveled to NYC to watch Kentucky play Duke in Madison Square Garden to start the season. Seeing Daimion’s face on a billboard in Times Square and all the people that were asking him for pictures and autographs was eye opening to how popular he has become. Watching Daimion play in Madison Square Garden was definitely my standout moment. Coming from a small town to playing on the biggest stage in basketball was exciting to watch. I wish him nothing but the best,” said Smith. 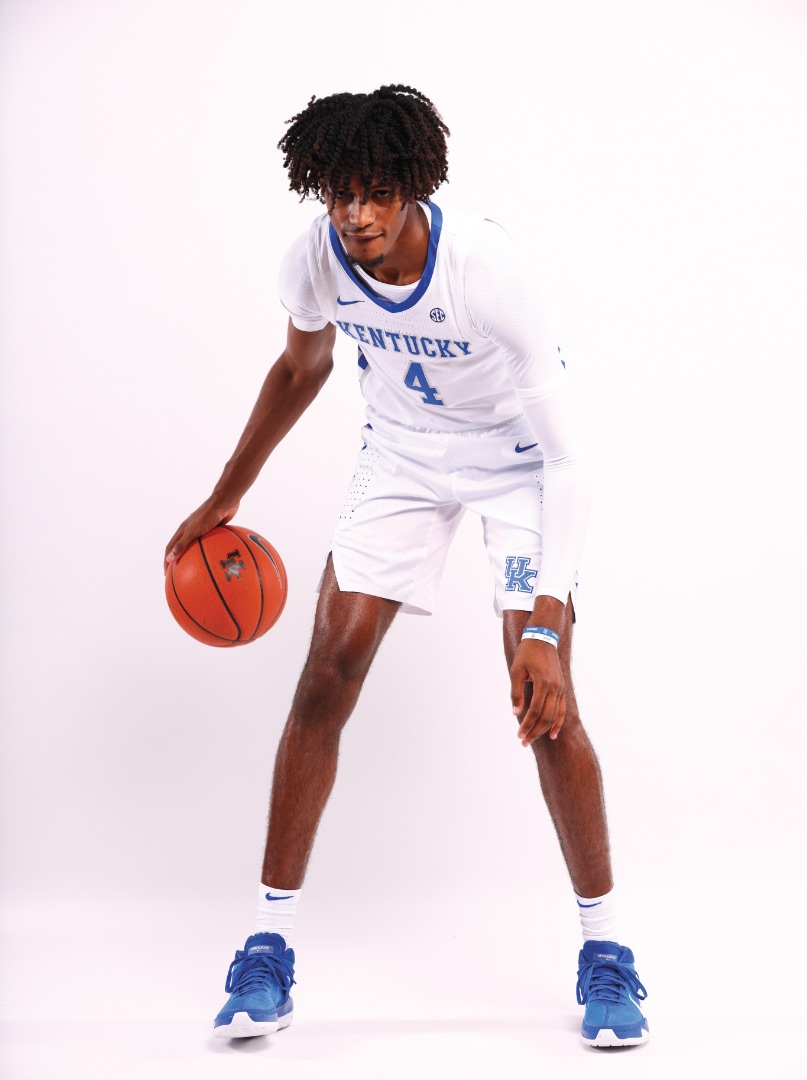 “Daimion has unreal physical abilities. He moves like a guard but is 6'9''. He has incredible jumping ability, and his wingspan is 7'5'' so he can block shots out of his area.” —Jarrod Boston, Head Basketball Coach Atlanta, Texas ISD

As a five-star prospect, Collins was highly recruited by teams across the nation. The recruiting process begins early and is intense for the entire family. “Whew! what a journey that was,” said Kimberly. “The recruiting process had its ups and downs; (it was) fun and crazy all at the same time.” Coming from a small town, the Collins family felt alone in their experience, and that meant navigating an unfamiliar system. “We didn’t have anyone to tell us what it was going to be like because no one in our area had been recruited for basketball like him that we knew. I mean, the college coaches had no clue there even was an Atlanta, Texas. It was a process that we had to take day by day. Being from a small town and not really knowing anyone in the basketball world, we had a hard time trusting just anyone to help us.” When the time came, it seemed everyone was eager to add Collins to their roster. “I can remember getting a phone call at 12:01 AM the day he could finally start talking to college coaches. It was crazy! Our phones would ring nonstop, which was a good thing sometimes!”

In the end, the University of Kentucky beat out Texas, Kansas, Oklahoma, Texas Tech, Baylor, Houston, Texas A&M, LSU, Alabama and Oklahoma State. Kentucky has been consistently successful at recruiting some of the greatest talent in basketball. Their program, coached by John Calipari, has set a high standard with eight national titles “since the advent of the NCAA” and was dubbed “the greatest college basketball program ever” by CBS Sports. (CBS Sports, 2020). So, it is no surprise, in the end, it is where Daimion’s feet landed. “I felt like it was the best place for me,” he said. There is no doubt his many talents will contribute in a big way to this great program. “I think the sky is the limit for Daimion. He loves to get in the gym and work, and I believe the habits he’s been developing the last few years will benefit him in the years to follow,” said Coach Boston. “(I’m) looking forward to seeing his development the next seven to eight years.” 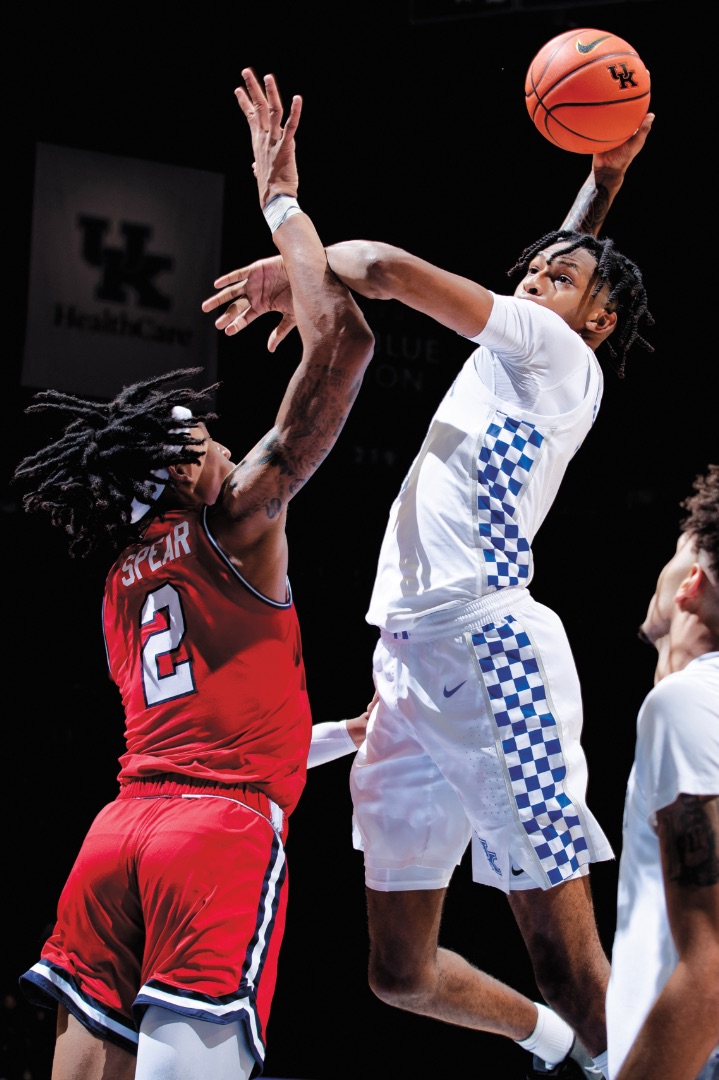 All of us in the four states area are rooting for Daimion and look forward to seeing his future success as he seems to be traveling down a promising road holding a one-way ticket to the NBA. Players like Collins’ favorite, Kevin Durant, will have to move over and make room on the bench for our favorite Northeast Texas hometown hero. “I appreciate the support from all my fans. Everywhere my family goes, there is someone telling them how proud they are of me. It feels good to know that some people support you even if they don’t know who you are. I want my younger fans to know not to let anyone get in their head by telling them they have to leave this area to go fulfill their dreams in any sport,” encourages Collins. Rooted and grounded by the love and support of his family and the excited and adoring communities of Atlanta and Texarkana, Daimion Collins is taking his shot, and as he has proven, he rarely misses. #swish